10 Tips for Disciplining Kids in Front of their Friends 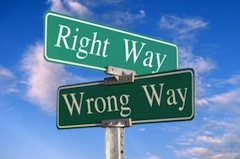 There are times when parents are forced to discipline their children in the presence of others, which can be quite tricky. This delicate situation should be handled as such, in order to avoid damaging a child’s self esteem and leading to taunts from the observing classmates. These ten tips can strike a balance between effectiveness and overly harsh when your child is acting out in public.

Regardless of your parenting style, disciplining a child in public is bound to be awkward for both parties. The most important thing to keep in mind is that humiliating your child will only lead to more behavioral problems; try to solve things as quickly and constructively as possible.

Great tips! I’m glad you mentioned the humiliation part, this is often missed.

Ugh, the one about not commenting on the friend’s behavior is so true and so hard sometimes! It can be tempting to start pointing out misbehavior all around once you get started, but its never productive to bring other children who arent your own into it (definitely been guilty of that before and it didn’t end well).

its never fun to be the bad guy in front of your kids friends – more like one of those necessary evils. i 100% think that bad behavior needs to be acknowledged right away, even if you don’t talk punishments until hours later when you’re home and away from others. kids need to know that they can’t get away with behaving poorly just because they’re around their friends.

What do you do when someone else’s parent reprimands your child? I fully agree that bad behavior needs to be addressed, and I have no problem addressing my own son’s poor behavior, however I had a situation once where another mom scolded my son publicly – and that I’m not OK with. I wasn’t sure how to respond though because I didn’t want him to think that what he did was ok – it wasn’t – but I also don’t think it’s ok for anyone else to reprimand my children.

This is a great topic, and one I’m going to reach out to some experts on!