Barbaric or Better? 10 Ways Kids Were Disciplined in the 70′s 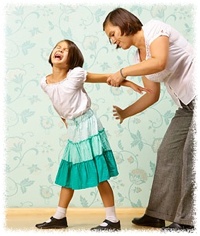 Sometimes I stop and reflect on my childhood which is mostly full of very fond memories of growing up in the 70′s and 80′s.  We had an amazing family which spent a ton of time together playing outside, going on picnics, and all kinds of other fun activities.  Of course, being a kid I would frequently make bad decisions that would result in me actually deserving to be punished (even though I completely disagreed back in the day).  I was particularly fond of competing, fighting, and generally pestering my brother.  Well needless to say my parents had to step in and correct both of us on multiple occasions and sometimes they did it using techniques that no doubt would be considered barbaric by today’s standards.  However, as I go through this list I think it’s worth at least considering whether in some cases these truly are barbaric or possibly better and more effective ways to discipline children.

I’m not sure why this popped into my head but it has been an interesting trip down memory lane for me.  Several of these techniques clearly belong in the past but I’m not so sure that a few of these techniques didn’t make me a better and stronger person in the end.  There does seem to be a general lack of discipline with a lot of kids nowadays and I’m sure there are multiple reasons why that is happening.  One of which could be that we have abandoned the harsher forms of discipline, but that’s the question of the day; were they barbaric or better?

8 Responses to Barbaric or Better? 10 Ways Kids Were Disciplined in the 70′s

I was spanked growing up and I managed to turn into a well-adjusted adult, despite what they say about “corporal punishment”. I think the problem these days is that we’re too concerned with what other people think, so we end up censoring what we do to the extremes. A quick pop on the behind never hurt anyone.

That just encourages and teaches kids that violence is OK! Corporal punishment should be illegal – that’s outrageous to think it’s an acceptable form of punishment!

Getting your mouth washed out with soap was par for the course in my house. I can tell you one thing – it may have tasted unpleasant but my brothers and I learned pretty quickly to be respectful around our parents, women/girls and other adults. What we did when it was just the guys was another story though!

My dad made me smoke an entire pack of cigarettes after catching me with them once. I can tell you I never touched another cigarette again, I was so sick afterwards. Barbaric? Maybe. But it served its purpose.

just the thought of smoking an entire pack of cigarettes makes my lungs hurt!!

I can’t even begin to tell you how many times I was forced to sit at the table throughout the night because I didn’t want to eat my vegetables and I wasn’t allowed to get up from the table until my plate was cleared. For the record – cold vegetables are way worse than hot ones, I should’ve just eaten them right away!

we got spanked all the time as kids, and we learned our lessons quick. i don’t know if spanking is exactly the right answer, but i do know that we’re too soft on our kids these days and that’s probably why so many of them are so disrespectful.

I feel the same way! We can’t complain about kids being so disrespectful these days if we aren’t willing to lay down the law!