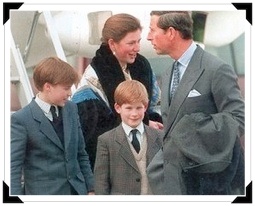 To make a difference in the life of a young person is as much a gift as it is a vocation. Nannies make that difference everyday in someone’s life. Sometimes the difference a nanny makes is even farther-reaching than she – or we – may have guessed. Here are ten nannies who helped shape history:

“So it was that when the man some called the ‘Greatest Man of the Age,’ lay dying in 1965 at the age of ninety, there was but one picture that stood at his bedside. It was the picture of his beloved nanny, gone to be with her Lord some seventy years before. She had understood him, she had prayed him to his best, and she had fueled the faith that fed the destiny of nations … in the hiddenness of her calling. ”

← Dilemma: Cloth or Disposable | True or False: There is a Special Nanny Tax →

What a fun article! I didn’t realize so many famous people had such influential nannies in their lives!

while it’s probably safe to say that most of us won’t ever reach international acclaim, it is always nice to see people in the profession receive credit where it’s due!

Love that sentiment at the end about Winston Churchill having a picture of his nanny by his deathbed. What a wonderful impact she must have had on him!