Each year, the International Nanny Association names their Nanny of the Y ear. This year, Candi Vajana received the honor. Recently we had the opportunity to interview Candi and learn a little more about her, her experiences and what it means to be INA Nanny of the Year.

How did you become a nanny?
I decided to become a Nanny in my teens. I always knew I wanted to work with children but I did not know in what capacity. My parents fostered a 2 year old 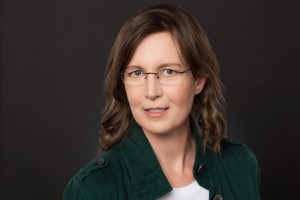 girl when I was 16 and she is the reason I chose to be a nanny. I attended Nanny School in the United Kingdom and received my NNEB Diploma in 1992, wow, that makes me feel old!

What was your first job like? Your last?
My first job was a live in position in Bruxelles, I was appointed to look after a 3 month old little girl who is all grown up now and living in the United Kingdom. I was with the family for a year and it was a great year. During my time in Bruxelles I learnt a lot about what being a nanny really means. I learnt with the isolation we nannies, deal with, it may seem silly, we around children all day long yet we are lonely. My last job, I have been with the family for two and half years. I can’t really say much more as I have an non disclosure agreement.

What is your best advice for those starting out as nannies?
My best advice, hum, there is so much I would like to say. If I only had one thing I could say it would be to be respectful, of the children, the employers and yourself. Respect the parent’s views, respect the children and allow them to make choices and respect yourself, know your boundaries.

What is the one thing you want people to know about nannies?
Nannying is a profession, we are not babysitters, we don’t just watch TV all day. Nannies are professionals who dedicate their lives raising other people’s children.

What are your plans now that you have received this honor?
My plans are to increase awareness about the role of the Nanny, our role in society and hopefully dispel some of the negative press nannies have received over the year.

To learn more about Candi, INA and the Nanny of the Year award, visit http://nanny.org/annual-conference/noty-award/.