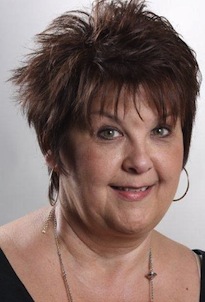 Today I had the opportunity to spend some time chatting with longtime friend and seasoned nanny Glenda Propst. Glenda has been a professional nanny for 27 years. After she left her first nanny position, one she held for 8 years, she discovered that there were no resources that supported nannies through the difficult transition of leaving a family and saying goodbye. As a result, her workshop Nanny Transitions was born. Years later, Glenda put her advice onto a blog at www.NannyTransitions.com where she offers support and guidance to nannies as they prepare to leave a position and say goodbye. Glenda was a co-founder of the former National Association of Nannies and is a Regarding Nannies development team member. In 1991, Glenda was named the International Nanny Association Nanny of the Year. Glenda lives in St. Louis with her husband, Terry. This December will mark her 19th year of working with the same nanny family.

eNannySource: Glenda, when is it time for a nanny to leave a position?

Glenda: There are many signs that it’s time for a nanny to move on; it’s just that sometimes the nanny chooses not to see them. Often times when a nanny starts with a family the parents tell her that they want to keep her forever. The nanny then lulls herself into this fantasy that her job is never going to end. The reality is that people’s lives change. Children grow up and as they do their care giving needs change. There are some families that really mean it when they say they want a nanny to stay forever, but staying with a family long-term requires a lot of communication, a lot of planning, and a lot of give and take on both sides of the relationship. It can be done, but it’s a constant job evolution based on the needs of the family and what a nanny is willing to do within the perimeters of her work agreement.

eNannySource: When does a nanny know her time with a family is done?

Another sign that it is time to move on is when the nanny notices that her role in the family is being diminished.  A nanny may notice that the parents are starting to take on responsibilities that used to be hers. Maybe the mom decides to start taking the children to school, or she might change her nanny’s hours to start and end later. The signs don’t have to be big. They can be simple things like having the children begin buying their lunch at school, instead of bringing it from home, or hiring someone to come in and do all of the family’s laundry. It might be that the employer asks the nanny to turn in her household credit card to better track expenses, or maybe the nanny didn’t get a raise this year or her paycheck bounces. There are lots of little things that can begin to point to signs that a nanny’s job is ending.

eNannySource: What is the best way to leave a family?

Glenda: The best way to leave a family is to plan for it. The nanny should stay in communication with her employers and discuss how they see her role in the family changing over the course of time. As early as the interview process, nannies should start the conversation with their employers about how long they envision needing the nanny to care for their children. Each year, when a nanny has her annual review, she should have a conversation about the changes to expect for the upcoming year and what that means for her and her position.

The other thing nannies should do is keep their eyes and ears open. Nannies shouldn’t become complacent in their jobs. Instead, nannies should take the initiative and show their employers how they shine, what their strengths are, and how they contribute to the family in the big picture.

When my charges started to get a little older and I had a little more free time, I took on the responsibility of running the virus scans on the computer. Knowing how important photos were to my employers, I started downloading the pictures off of the digital camera, uploading them to an online website and burning them onto discs. This saved my boss a lot of time in the evenings and allowed her to spend more time with her children. It also gave me something else to do. This simple task made me more valuable to my employer.

When the children go to school, the nanny can’t just view her time as shopping and coffee time. Instead he needs to show that during that time, she still brings value to the family. Having said that, sometimes a nanny job simply runs its course and ends. This is especially true of a nanny job where a family needs strictly childcare. The best way for a nanny to end a job is to communicate with her employers and work together to help the children have a smooth transition.

eNannySource: What would you tell a nanny that may surprise her about the transition?

Glenda: The first thing I’d tell a nanny is how much the transition hurts. If a nanny has a great relationship with the children, it is extremely painful to come to the realization that she will no longer be a part of their daily lives. Some of that pain never goes away. This is why it’s important for a nanny to grieve that loss in her life. When I talk to nannies about this grief, they often tell me that they didn’t know it was okay to grieve this loss. They say that they had all this pain that they didn’t expect and yet no one really talked about it or offered support as they worked through it.

eNannySource: What is your best piece of advice you can give to a nanny getting ready to leave a family?

Glenda: Love looks forward, hate and regret look back. Don’t hang on to bad feelings. If a nanny made mistakes, she needs to forgive herself and move forward. Nannies should do their best to have a peaceful parting and shouldn’t burn their bridges. Every family is different and every job is different. Don’t compare one job to another, but know that life goes on and that the growth that comes from change can be a very positive thing, if you allow it to be.