How to Amend Your Nanny Contract in Writing 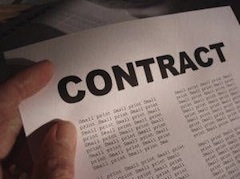 The written agreement between a nanny and her employers is one of the most important documents in the employee-employer relationship. The responsibilities, rights, and reasonable expectations of both parties are detailed in a nanny contract, protecting everyone involved from any misconceptions or confusion regarding certain aspects of the working relationship that can often lead to disputes or even the loss of a post. However, during the drafting period there are things that even the most diligent contract creator might forget. Also, the needs of a family, as well as the responsibilities of a nanny, can change and evolve over time. Keeping up with these changes in writing is important; it’s not enough to create a nanny contract that’s promptly forgotten. In order for it to be effective and serve its purpose, it must be up-to-date and accurate. If you’re faced with the need to amend your nanny contract, these pointers can help you make the process easier.

It’s not strictly necessary to involve an attorney in the amendment process, though you certainly can if it makes you feel more comfortable to do so. After the amendment document has been created, reviewed, and signed by everyone involved, you should also make sure that everyone who signed the document has a copy of the amended contract for their own personal files. Provided that everyone agrees upon the terms of the amendment and the changes going into effect, there is absolutely no need to create an entirely new written agreement. A properly worded and carefully written amendment to that agreement will serve the same purpose, and will also leave the original document intact for future review. Before signing your amendments or the new agreement, be sure that all provisions are in accordance with state and federal employment laws to prevent accusations of illegal hiring practices or violation of labor laws in the future.

This article is meant for informational purposes only and should not replace the advice of a qualified attorney.