Do You Know What to Do If Your Nanny Is Injured on the Job? 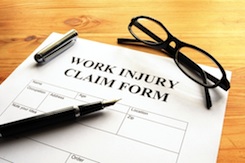 When any injury occurs, there’s a certain amount of concern felt by all involved parties. When the injured party is your nanny and she was hurt on the job, however, it can be an entirely different ballgame. Suddenly, there’s what seems like a sea of paperwork and bureaucratic red tape to fight your way through, along with the added pressure of finding a way to accommodate your nanny and her injury while finding a substitute for your out-of-commission primary childcare provider.

One of the first and most important things to do when a domestic worker is injured is to contact your insurance company. Hopefully you’ve been compliant with state and federal tax laws, and have either added a worker’s compensation rider to your existing homeowner’s policy, or have procured adequate worker’s comp insurance through other avenues. Depending on the state in which you reside, worker’s compensation is likely to be a mandatory part of employing a domestic worker; without that coverage, you can find yourself in fairly serious hot water. That being said, the first thing you should do upon discovering that your nanny has been injured is to see that she receives the medical attention she needs, and then you should immediately contact the insurance company that carries your worker’s compensation policy.

Worker’s compensation insurance is designed to cover the medical costs and compensate your nanny for lost wages for such time as she is unable to work, regardless of who is at fault. Whether she was injured as a result of your negligence, by her own fault, or due to an outside factor, she will be provided for under the terms of the policy. In most states, accepting a settlement from your insurance company means that your nanny has forfeited the right to bring civil charges against you for pain and suffering.

Though it may seem insensitive and unfeeling to call your attorney the moment that your nanny is injured, it’s in your best interest to do just that. Until she’s accepted a worker’s compensation settlement, your nanny could still file a civil suit against you, especially if her injury was the result of unsafe working conditions. Informing an attorney that a domestic employee has been injured on the job and requesting legal counsel is the single most effective way of protecting yourself until your nanny either accepts a worker’s comp settlement or makes the decision to take legal action. Should she choose the latter, you’ll already have an attorney who understands the intricacies of your case and is ready to go to bat for you.

Determine How Long She’ll Be Out of Work

Depending on the nature and severity of her injury, your nanny might be unable to work for an extended period. Her physician should be able to give her an estimate regarding when she’ll be reevaluated and a tentative possible return date, but you’re unlikely to get a more precise time frame if the injury is a fairly serious one. If she’s released to light duty, it’s important that you discuss with both your nanny and her physician what that “light duty” entails, so that you can begin to make plans for either an alternate childcare provider during her convalescence or supplemental care while she’s under restriction. It’s very important that you don’t ask her to perform tasks that could further aggravate her injury, and that you make every possible concession during a restricted or light-duty period. The well-being of your nanny and her future as an employee in your home rests largely upon the way that you react to her injury and the accommodations that you make during this difficult time.

If the source of your nanny’s injury was something that could have been avoided, it’s a smart move to take immediate steps to eliminate the problem that will prevent any future recurrences. Addressing any safety issues in your home is as important for the well-being of your household as it is for preventing future insurance claims, so it’s best to make any necessary changes as soon as possible.

The laws that govern workers compensation and injured domestic employees vary from state to state, so it’s important to acquaint yourself with the proper procedures and relevant statutes in your area before misfortunes occur. Familiarizing yourself with the laws and regulations as a precaution will eliminate the need to decipher complex wording during the already-stressful time of managing a nanny’s injury.

← Continuing Education is Essential for Nannies | Expert Insights: Catching Up With Nanny Stella from Nanny 911 →